We were asked to design and produce clothes for a BBC Living history program where four families are immersed onto Llanddwyn Island (Ynys Llanddwyn) living for a month as a small welsh fishing community. Llanddwyn is not quite an island. It remains attached to the mainland at all but the highest tides.

The Men needed clothes to work in two sets of everything, two trousers, two jackets, two waistcoats, two shirts and a coat. We also made caps and hats. As well as the work clothes we had to make them a Sunday Best outfit and depending on the status of the family or the job of auxiliary cast such as the Lighthouse keeper or the captain of the sailboat we had to choose the cloth accordingly. The more important the person the more expensive the cloth.

From our first meeting with Alexis in our studio in Bury St Edmunds it was obvious we could do all of what was asked of us since we have been designing Workhouse England a men’s label which bases its design ethos on the everyday clothing worn by the British during the late 19th Century, combining a casual style with a formal elegant look. “formal wear worn informally” old with new, contrasting fabrics and textures – all with a certain swagger.

We have built up quite a body of designs and styles and cuts of jacket and trousers waistcoats and coats over the last decade and we had samples and prototypes for the BBC to see and try on. It was great fun when we were introduced the families and sailing crew armed with range of trousers, shirts. We were allowed to use the Workhouse look and sometimes deviate away from a costume drama approach.

On top of this the materials we used seemed to match the cloth choices they were looking for too. It was obvious that it would be a really good idea we create the women’s wear pieces too since they were more than likely that some of the cloth would benefit of were to be the same as the men. We have a limited skill with women’s wear, but we quickly remembered our neighbour Louis Becton Field has designed and created women’s wear and had learnt how do create garments in this time period having been asked to make reenactment clothes for a Museum in Pittsburgh. One of the most interesting garments was the Betgwn, which is the term gown is now used for the long-tailed, tailored garment.

At one-point Alexis’s the director insisted that some of the working clothes were “degraded” down so they look frayed and battered. He was apologetic to ask since we had made most of the items bespoke for them through our artisan makers in London, but none the less I scrubbed and trod them, used a cheese grater to wear away the cloth and actually make holes and damaged surfaces.

We are very excited to show you our men’s and women’s garments for this programme. 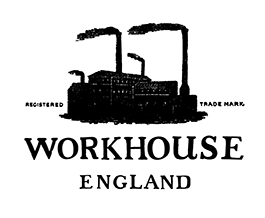